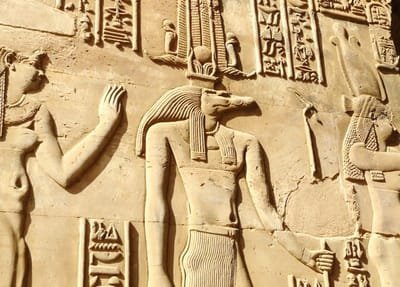 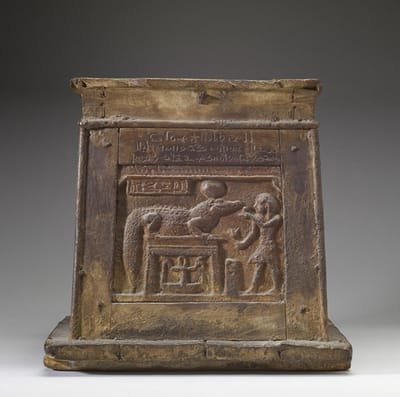 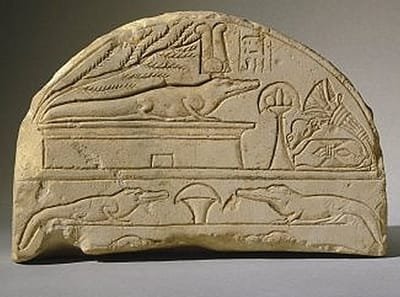 The Nile Crocodile in ancient Egypt and Africa
Crocodiles played a sacred role in the culture of humans throughout our time on earth. Ancient Egyptian societies placed great emphasis on several crocodile deities and myths. Many of these ancient Egyptian gods and goddesses were worshiped and visualized in an animal form; these animal species consequently played a important role in their everyday lives and rituals. One of the most important crocodile deities emerging in 2400 B.C. was the Crocodile God 'Sobek', the “Lord of the Dark Water”. 'The Dark Water' referring to the Nile River which is the longest, and probably the most resourceful ancient, river in Africa. Various temples were consecrated revealing hundreds of mummified crocodiles in tombs, the most notably at Kom-Ombo and Crocodilopolis in Egypt.

The Nile river, being the living heart of the Egyptian kingdom, played an important role in the everyday lives of ancient Egyptians, and so did ‘Sobek’. Sobek was invoked for the protection of the Nile river, to appease the beast of the Nile, and to ensure safe passage. This gods’ nature was also related to fertility, war, masculinity and military prowess. Sobek was presented as a man with a crocodile’s head and crocodiles were mummified, even bred and hunted for that purpose, in the honour of this beloved god. Mummified crocodiles were elaborately decorated and preserved in tombs as offerings to their deities.

According to the ancient Greek historian Herodotus, Egyptian Nile crocodiles were also revered, tamed and adopted as pets, often adorned with jewellery.


Nile Crocodile in African culture
The Nile crocodile has evolved on the African continent where it had to contend and compete with a far greater variety of competing predators than its counterparts elsewhere in the world. This resulted in the Nile Crocodile evolving into an aggressive, versatile, and opportunistic predator in its aquatic environment. The Nile crocodile is regarded as one of the most feared species among African people and has a reputation for being one of the most prolific killers of beast and humans on the African continent.

Across Africa, the Nile crocodile has long been associated with spiritual power and occupies a great diversity of human cultures in a variety of social and economic contexts. During pre-colonial times in east Africa, Nile crocodiles were venerated in the African culture in a way that is reminiscent that of ancient Egypt. These cultures involve different forms of worshiping the 'river god' and included:


Crocodile attacks were interpreted as the manifestation of anger of the ancestors at either being neglected by “the living” or offended by their actions.  Crocodile meat, skin and other parts are still used in African cultures for food, artifacts, leather work, medicines, aphrodisiacs etc.