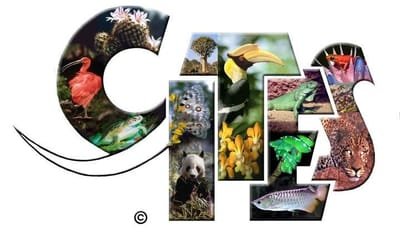 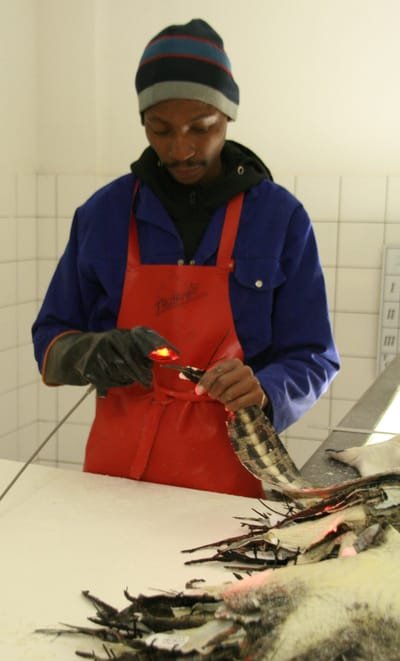 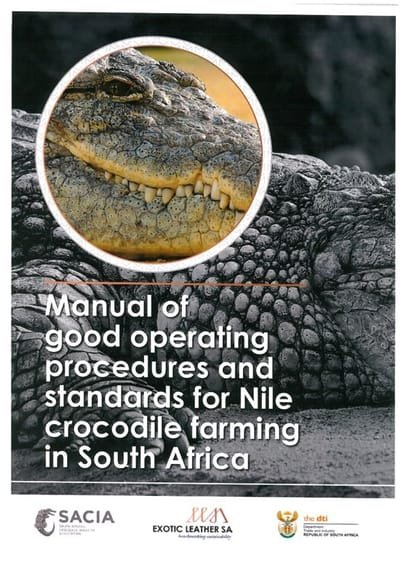 SUSTAINABLE UTILIZATION
The economic use of a renewable wildlife resource that is ecologically sustainable and executed under a legalized and well-regulated system, which is beneficial to the conservation of the species, is considered to be ethical and morally justified. Legalization of international trade in certain crocodilian species, permitted under Cites regulations, not only provides economic benefits that supports livelihoods of communities, but also created incentives and funding for the management, conservation and protection of healthy, wetland habitats.

The population of crocodilian species falling under CITES, Appendix 2 are healthy and stable, providing conclusive evidence that legalized and regulated trade does provide the incentives (through economic value attributed to the species), to protect them.

The strictly regulated international reptile skin industry has expanded since the legalization of trade, providing durable and attractive leather for use in the leather goods industry. This is turn generated economic benefits that flows down supply chains to all stakeholders involved. Incentives generated through legalization of international trade has led directly to stronger institutional arrangements for the monitoring of legalized trade. Improved control resulted in the improvement of the conservation and sustainable management of wild Nile crocodile populations. The illegal international trade, has been all but eradicated following the legalisation of trade under CITES.

CROCODILIAN SPECIES PERMITTED FOR LEGAL TRADE UNDER CITES
Of the 23 species of existing crocodilians occurring in some 100 countries, only 13 species are used in commercial international trade. The Nile crocodile species is one such specie. The most commercially valuable species are the species least threatened with extinction due to their economic importance and leather availability to international trade. Nile crocodile (Crocodylus Niloticus),  Saltwater crocodile (Crocodylus porosus) and Alligator leather are considered the “classic” crocodilian species's leather. These valuable and unique leather types are preferred by the international luxury leather goods industry to manufacture their exotic leather products.

How does it work?
The International Union for Conservation of Nature (IUCN) produces the IUCN Red List with nine categories that define the extinction risk of species assessed. The categories that extend from Critically Endangered (CR), Endangered (EN) and Vulnerable (VU) species that are threatened with extinction. The species considered threatened with extinction are covered by the CITES Convention and are listed in Appendices to the Convention, in accordance with the degree of protection they require, namely:

Appendix I comprises all species threatened with extinction in the wild. Any trade that is, or could be, detrimental to them, and trade in them, would be the subject of particularly strict regulation to prevent utilization incompatible with the animal’s survival. Such trade will only be authorized in exceptional circumstances and under special conditions.

Appendix II comprises all species which are not necessarily threatened with extinction, but for which trade in specimens must be regulated to prevent exploitation incompatible with their survival as a specie. Products may only be traded after obtaining of a licence or permit, and trade is permitted within the limits of national quotas, and other restrictions that may be imposed.

How is legal trade monitored under CITES?
The international trade in crocodilian skins is monitored and reported through an international Cites permit system in which both the exporting and importing country must obtain permits prior to any export or import. Cites regulations furthermore require the maintenance of an accepted universal skin tagging system to ensure the correct identification of raw, tanned, and/or finished crocodilian skins or products. Each individual crocodile skin, or product, must carry a designated non re-usable Cites tag which provides traceability and information regarding the species, country and farm of origin. The Department of Environmental Affairs and Forestry is the competent authority responsible for the implementation of the CITES regulations in South Africa.

All consignments or product shipment is inspected and endorsed by the competent authority, both at port of export and import. Product inspection ensure that the relevant documentation (i.e. Cites permits, pack list and freight documents) correspond with the cargo that is being shipped and also verify its destination.